You can become the next New York Take 5 Winner who won with Gail Howard's systems and strategies!

When you select your NY Take Five Lotto numbers, try to have a relatively even mix of odd and even numbers. All odd numbers or all even numbers are rarely drawn, occurring less than 2 percent of the time. The best mix is to have 3/2 or 2/3 which means three odd and two even, or two odd and three even. One of these two patterns will occur in 66 percent of the drawings.

Winning numbers are usually spread across the entire number field. If we take a number field and cut it in half, we have the low half and the high half. In a 39-number game like New York Take 5, numbers 1 to 20 would be in the low half, and numbers 21 to 39 would be in the high half. All high numbers or all low numbers are rarely drawn, occurring only 3 percent of the time. The best mix is to have 3/2 or 2/3 which means three high and two low, or two high and three low. One of these two patterns will occur in 64 percent of the drawings.

Look at a list of New York Take Five lotto results from its past history, and you'll see, more often than not, that one or more of the number groups is not represented. For example, in the combination 5-8-14-17-32, there are no 20's. Tracking and studying Number Groups can help you decide which group to omit and which group to give extra heavy play.

After you choose five numbers you want to play, add them together and make sure that the sum of the five numbers adds up to somewhere between 75 and 125. Sums that fall within that range will account for over 70 percent of all lottery jackpots won.

In Take 5, on average, one lottery number will be a repeat hit from the last drawing every other drawing or 51 percent of the time.

It's true that the more numbers you wheel, the easier it is to trap the winning numbers in your chosen group. But to get the most leverage for your money, the optimum number of numbers to wheel is not more than four or five numbers over HALF the numbers in your game. For New York Take Five, that means wheeling less than 24 of the total 39 numbers. Otherwise, you'll be spending MORE money chasing a SMALLER guaranteed prize. You benefit more by wheeling a carefully selected group of lotto numbers.

Lotto players who select their numbers thoughtlessly or foolishly are destined to lose even before the drawing takes place. By knowing which number combinations and patterns to avoid, you'll have an advantage over such players—and save money, too.

Many players like to bet the numbers that have won someone else a big jackpot, and by doing so, they are almost guaranteed NOT to win one themselves. In Take 5 with seven drawings a week, a set of five numbers has a chance of being drawn once every 1,582 years. This should also answer the question we are so often asked, "Shouldn't I keep playing the same set of numbers every week because they are due to hit sometime?"

The majority of Lotto players like to play the calendar numbers, such as birth dates and anniversaries—and their children's ages. This means that the most heavily played numbers are 1 through 31. NY Take 5 has 39 numbers. If you play only the calendar numbers, you might be sharing your jackpot with dozens of other winners. It's not to say that you shouldn't play your personal numbers if you feel these lucky numbers are good to play. But we recommend that you include a couple of high numbers so that just in case your numbers do hit, you win a prize that's worth something. 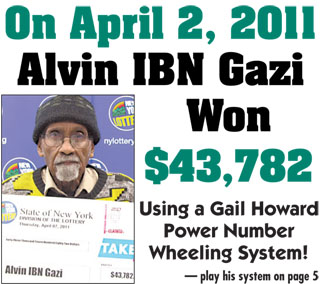 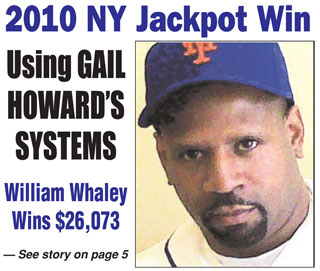 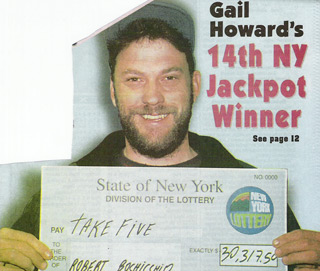 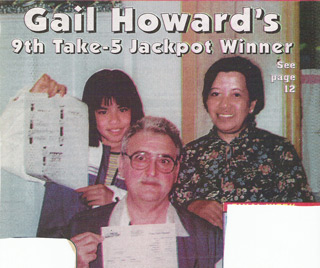 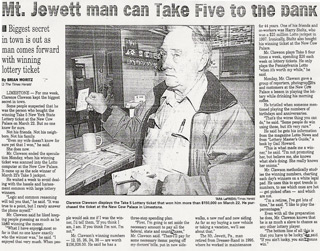 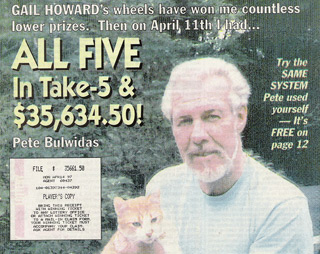 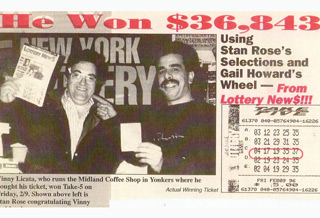 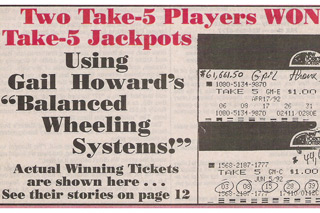 Using Wheels to Improve Your Odds of Winning NY Take 5

Tutorials for How to Win Lotto

See how lotto wheeling can improve your odds of winning! Try out one of our free wheels for Take 5: